Triathlon India is still in its nascent stages. Interest in this endurance sport has grown by leaps and bounds in the last couple of years and many strong-willed fitness enthusiasts are now training hard to participate in the Ironman Triathlon!

Triathletes living abroad in developed cities have it all: empty Olympic size pools with lanes dedicated to serious swimmers, well-paved roads with right-of-way for cyclists, empty pockets for running, green surroundings and above all, clean air.

Cities in India have a different story to tell. Apart from overpopulation, this country with a billion plus people has some of the most polluted cities in the world. Indian roads are also haphazard, of a patchy quality.

There are lanes, sure, but there is no concept of lane driving. People often find themselves dunked inside open potholes. Stray cattle amble about alongside SUVs and Lorries.

Chaos, pollution, uneven roads and overcrowded pools – Indian triathletes have to face numerous problems if they wish to take part in the Ironman Triathlon races which are held every year. Most of these triathletes wake up at the break of dawn, bike on deserted highways, run on hot tarmac and swim wherever they can.

Despite these issues, there are various Indian triathletes who have made their country proud by winning accolades and hearts the world over by successfully finishing Triathlon races. Let us learn about their amazing achievements: –

Triathlon made its debut in the Sydney Olympics in 2000 and is now a full-fledged Olympic sport. It`s is a recent sport in India, having been introduced in 1990. At present, two national triathlon events are conducted in India every year.

Ironman is an expensive sport for Indians. A well planned budget may vary from 1.5 Lac to 3 Lac depending on the country where you plan to do your Ironman. The registration fee can be anywhere from 500 dollars to over 1,000 dollars.

The cheapest registration fee is for the South African Ironman, and the most affordable in terms of overall cost for Indian is the Malaysia Ironman. The costs can be further reduced if you plan and sign up for the event well in advance (ten months).

Unlike running or cycling, there isn’t a single group in India dedicated to Ironman or triathlon training. Your best bet is to be active in the online Ironman forums and pick up tips from there while training separately with running groups, cycling groups and swimming.

Some of the popular triathlon events held in India are: –

The Hyderabad Triathlon is organized by the Great Hyderabad Adventure Club – GHAC.

The first Hyderabad Triathlon was held in Bowenpally with just 30 participants in 2011. Since then it has grown tremendously in strength and stature with participants from across the country making it a grand success.

The Hyderabad Triathlon is doing a wonderful job of creating awareness about Triathlon among the general public and improving the physical and mental fitness of the participants. 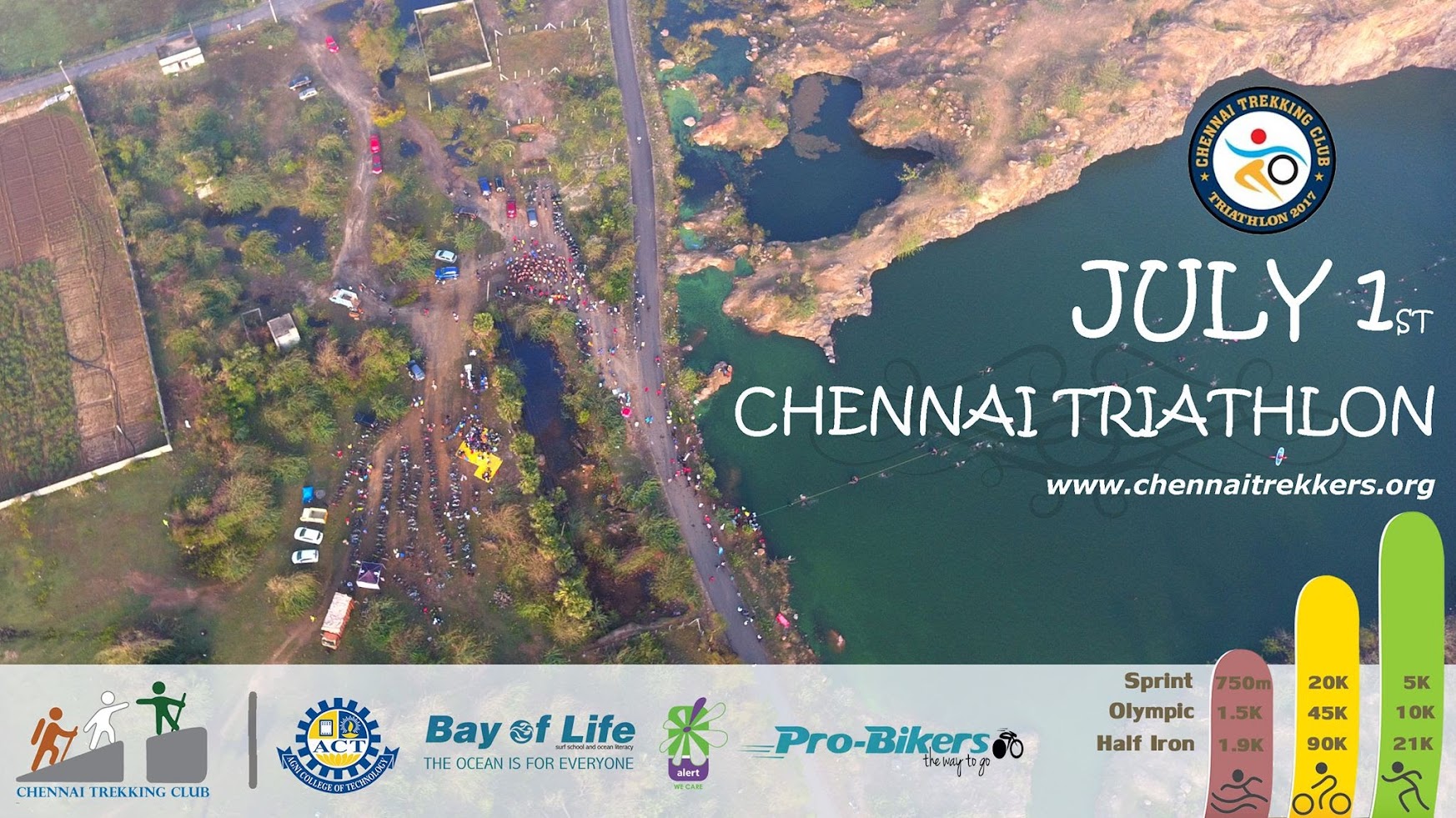 The Chennai Trekking Club (CTC) organized India’s first Full Iron Man Triathlon event in Chennai in 2016. The Chennai Triathlon was based on the International Ironman series. It is perhaps the most reasonably prized events in terms of race fees and triathletes can participate in four categories – Olympic, half ironman, ¾ ironman and full iron man.

Peter Van Geit, the founder of CTC, stated that the objective behind the triathlon was to promote an active and healthy lifestyle through sports.

An Olympic distance triathlon, organized by Endura Sports Goa, is held in Goa every year. It includes a 1.5 km swim in the open sea, a 40 km cycle ride and a 10 km run, all to be completed in a total of 5 hours.

In 2015, Enduro Sports organized Tri Kids Goa, a first of its kind triathlon in India created for children and teenagers. The four categories are: –

Each category has different sets of distances –

This event is organized by Athletic Initiatives and triathletes are required to do 750 m lake water swim, 20 km cycling and five km running. 51 male and female participants took part in the race held on November 6, 2016.

The unique topography of Pune including the Sahyadri Hills and many aquatic bodies provides the perfect environment for triathlon training.

Triathlon Events in India in the future

The following triathlon events are planned in India in 2017: –

What are you guys waiting for? Plan like a scientist, train like a beast, race like a champion! Make India proud by competing in the world`s toughest race!

Gearing up for Triathlon? Know about Fitso Ironman Training Program.

Previous articleAre You addicted to Sugar? How to Beat It